Life. After. is being produced by Pembury Productions. Pembury is where Charlotte went to school and Charlotte is our producer. She also happens to be very lovely and clever, and the first person to take a chance on my play.
Producer - Charlotte Elizabeth Larsen 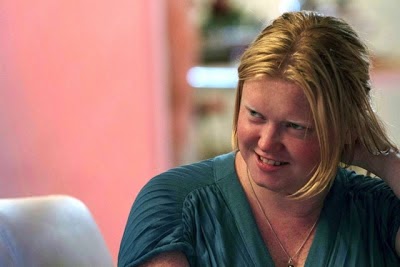 Charlotte is an actor/producer. She is Wellington born, UK bred, has a BA in Film and Theatre from Victoria University, Wellington, and has trained at Stella Adler Academy of Acting, Los Angeles.
Charlotte has produced films (most recently Great Expectations starring Ralph Fiennes and Helena Bonham-Carter and the upcoming Lost Angels), theatre (A Stye of The Eye, The Elephant Man) and Wellington's very own wickedly-entertaining web-based chat show FixTV. She resides in Los Angeles and Wellington.
Charlotte loves Anita's play and really loves seeing new talent grow - it's a perfect combination!
Thank you, Charlotte for believing in me and for working your magic!