There's a new guild in town 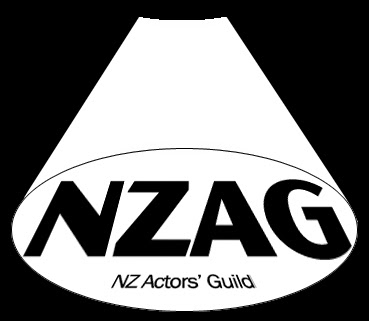 Happy news everyone! There is a new actors guild in town. Well, to be precise there is going to be one.

The New Zealand Actors Guild is in the very early stages of its formation. Out of frustration over NZ Equity's action and inactions but particularly out of the concern that our only actors union is heavily influenced (if not run) by its Australian umbrella organisation, about a week ago a handful of actors came together and created a facebook page suggesting to form a new guild that would address these and other concerns.


Things have moved fast since then. Ideas for core principles have been put forward, an interim website has been established and attempts at getting as many actors as possible involved are in full swing.

Here are the guild's 'ten commandments' in draft form:

"The NZ Actors Guild is an independent guild set up by New Zealanders to provide advice and advocacy for actors.
We are not an autonomous branch of another group either domestic or overseas.
The following values sit at our core:

1. The NZ Actors’ Guild needs to respect the fact that as actors we are independent contractors and that any guild exists to help us get the most out of that status. But we are in a competitive marketplace and there are economic forces at work. We are both colleagues and competitors but we need to work together where possible and compete with respect

2. The NZ Actors’ Guild should acknowledge the collaborative nature of film and theatre and work, where possible, in a collaborative fashion with other industry groups. We should act as advocates for actors being mindful at all times of the bigger picture.

3. The NZ Actors’ Guild should consult with it’s membership where possible and not take it’s mandate in any given situation as a right

4. The NZ Actors’ Guild should attempt to mend gaps between industry partners and reach out to all performers regardless of past affiliations

5. The NZ Actors’ Guild should attempt to alter public perceptions of our profession

6. The NZ Actors’ Guild should provide advice to it’s members to help them run themselves best as a business

8. The NZ Actors’ Guild should seek to gather information and act in a reasoned and informed manner.

10. The NZ Actors’ Guild notes that actors’ agents are their main representatives in contract negotiations. The NZ Actors’ Guild should engage in regular good faith discussions about industry standards like the Pink Book with all members concerned (its members, SPADA, the Agents Guild, NZ Equity, and where appropriate the bodies representing other crafts within the industry)"

As mentioned above the organisers of the new guild are making every effort to get actors involved in this. Involvement at this stage means gathering information regarding actors' thoughts about how this guild is being set up and run, how they would like to see the guild work for them and what their concerns are regarding working in New Zealand's film industry.

As much input and information from as many actors as possible is needed for the guild to receive a strong mandate to take the next steps. These next steps over the next few months will be

"- finalise our name (if anyone out there is a fluent speaker of Te Reo or knows someone who is a Maori speaker a Maori version of our name would be great)
- establish ourselves as an incorporated society, complete with it’s own set of rules
- find 15 signatories to set up the society
- form an initial steering committee
- consult with interested actors as to what they want from their guild
- establish membership criteria
- talk to other industry guilds and bodies about how we can work together
- recruit, recruit, recruit!
When we have the society sorted out and membership details locked down we’ll then officially sign people up. Until then it would be great to have your contact details so we can keep you up with the play.
How can you help:
- volunteer your services (or the services of friends)
- suggest industry groups to liaise with
- tell us what you want from your guild
- tell us about yourself
- get your actor mates interested in joining"

So, how can you get involved? Well, here is the link to the website again where you can find up to date information about what the guild is up to. You can also join the facebook page and take part in ongoing discussions. You can email the guild at nzactorsguild@gmail.com. AND you can fill out the questionnaire and tell the guild about who you are, what your concerns are and what sort of things you would like to see from a guild.

At this point, the guild is simply gathering information and support. Contacting the guild and/or filling out the questionnaire is not creating any obligations for you. The actual recruitment of members won't happen until the guild has a strong enough mandate to get officially incorporated. To get to this point and to make this mandate as strong as possible the guild needs you to give your input.

So, come on, make your voice heard and let the guild know what you think!
Posted by Ophelia thinks hard at 12:44 pm